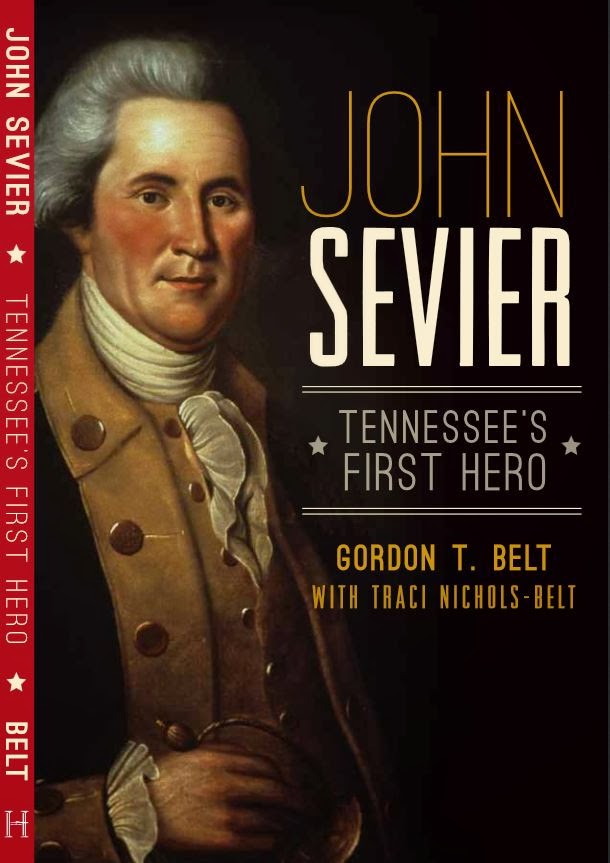 A celebrated soldier, admired politician and founding father of the state of Tennessee, John Sevier led an adventurous life. He commanded a frontier militia into battle against British Loyalists at King’s Mountain. He waged a relentless war against the Cherokees in his effort to claim America’s first frontier. He forged the “State of Franklin” from the western lands of North Carolina, and later became Tennessee’s first governor. Following his death, Sevier’s accomplishments faded from public memory, but years later, writers resurrected his image through romanticized accounts of his exploits, relying heavily on folktales and recollections from aging pioneers. Thus, life and legend intertwined. Join authors Gordon T. Belt and Traci Nichols-Belt as they examine John Sevier’s extraordinary life through the lens of history and memory, shedding new light on this remarkable Tennessee figure.

AVAILABLE AT MOST ONLINE AND RETAIL BOOKSTORES:
AMAZON.COM | BARNES & NOBLE | THE HISTORY PRESS


ONWARD SOUTHERN SOLDIERS: RELIGION AND THE ARMY OF TENNESSEE IN THE CIVIL WAR 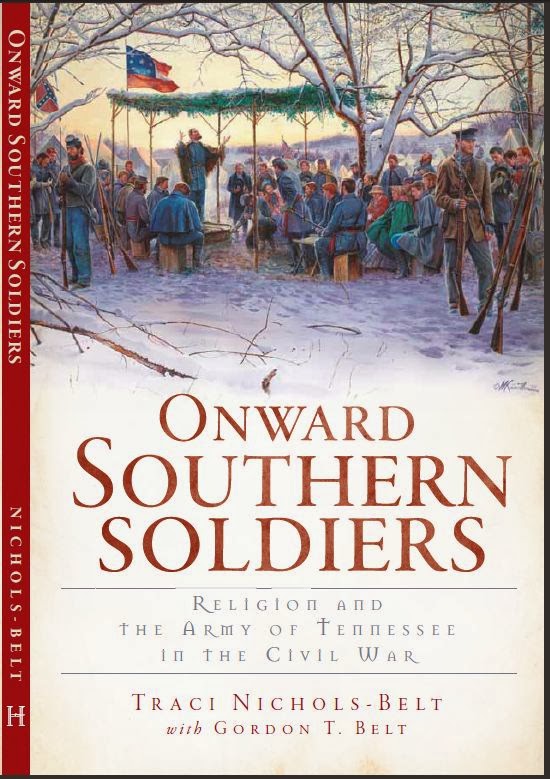 The Civil War was trying, bloody and hard-fought combat for both sides. What was it, then, that sustained soldiers low on supplies and morale? For the Army of Tennessee, it was religion. Onward Southern Soldiers: Religion and the Army of Tennessee in the Civil War explores the significant impact of religion on every rank, from generals to chaplains to common soldiers. It took faith to endure overwhelming adversity. Religion unified troops, informing both why and how they fought and providing the rationale for enduring great hardship for the Confederate cause. Using primary source material such as diaries, letters, journals and sermons of the Army of Tennessee, Traci Nichols-Belt, along with Gordon T. Belt, presents the history of the vital role of the army’s religious practices.

AVAILABLE AT MOST ONLINE AND RETAIL BOOKSTORES:
AMAZON.COM | BARNES & NOBLE | THE HISTORY PRESS