Gordon and Traci have appeared in a variety of media venues -- print, online, radio, and television -- to discuss their book projects, including...

Inside Politics: An interview with Pat Nolan 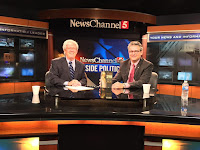 In August 2016, I had the opportunity to have a conversation with Pat Nolan, NewsChannel5 Political Analyst and host of INSIDE POLITICS, for an interview that aired on the NewsChannel5+ network. In the interview, Pat and I talked about 'John Sevier: Tennessee's First Hero' and how writers viewed his life through the lens of history and memory.

The interview airs in three parts. Visit the NewsChannel5 website to view our conversation HERE.

In April 2014, Ralph Bowden authored a review of John Sevier: Tennessee's First Hero, for Chapter 16, a service of Humanities Tennessee, whose purpose is to provide education in the humanities to Tennesseans. Chapter 16 provides book reviews without charge to newspapers as a service to the writers and readers of the state. In his review Bowden wrote, "The Belts, by concentrating on the Sevier historiography, have demonstrated again how history is anything but a recitation of the documented facts. Nor is it immutable. It always reflects the motives of the people generating it, which, in turn, reflect their times and cultural circumstances." Read more on the Chapter 16 website.

One-hundred-and-fifty years ago, Americans went to war with themselves. Disunion revisits and reconsiders America’s most perilous period — using contemporary accounts, diaries, images and historical assessments to follow the Civil War as it unfolded.

In their article, "Onward Southern Soldiers," Traci Nichols-Belt and Gordon Belt examine the letters of Confederate Private E. H. Ross and Rev. R. F. Bunting, and their religious justification for fighting in a war driven by the issue of slavery. 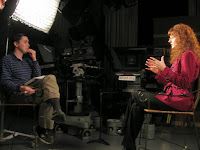 In "Crisis of Faith," Nashville Public Television’s Tennessee Civil War 150 series, examines how positions on slavery and biblical interpretations on its morality divided religious denominations, and ultimately, the nation.

With narration by multiple Grammy and Dove award-winning singer and songwriter Amy Grant, and interviews from notable religion and history scholars, including Mark Noll, James Byrd, Dennis Dickerson and Traci Nichols-Belt, among others, "Crisis of Faith" tracks the argument over slavery from the American Revolution, through the division of the Methodist, Baptist and Presbyterian Churches into northern and southern factions before the Civil War, and how that eventually led to a divided nation.


"A Word on Words" with John Seigenthaler 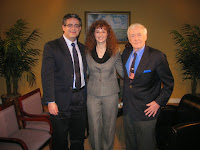 Each Sunday morning A Word on Words invites you into an in depth discussion between renowned journalist and First Amendment advocate John Seigenthaler and some of the today’s finest novelists, journalists, historians, memoirists and more.

In a podcast of an interview that originally aired on Nashville Public Television in April 2012, Traci Nichols-Belt and Gordon Belt sat down with John Siegenthaler to discuss their book, Onward Southern Soldiers: Religion and the Army of Tennessee in the Civil War.

Please contact gordon@posterityproject.com to schedule an interview or publicity event.