In my book, John Sevier: Tennessee's First Hero, I examine how historians, storytellers, aging Revolutionary War veterans, and Sevier descendants remembered John Sevier and his accomplishments. Artists are another group mentioned in my book. Charles Willson Peale's enduring portrait of John Sevier, for example, served as inspiration for the cover of my book and showed how an artist's patriotic vision helped bring Sevier's reputation as "Tennessee's First Hero" into visual focus.

Illustrator Dean Cornwell also helped shape the public memory of Tennessee's early history and John Sevier's role in it. A prolific artist of the early twentieth century, Cornwell illustrated several works for a wide variety of magazines and advertisers and painted more than twenty murals for various public institutions. In the process, Cornwell became one of the nation's most popular and famous muralists.

In Tennessee, Cornwell painted several extraordinary murals during the Great Depression. In 1937 Cornwell painted an Art Deco style mural for the Davidson County Courthouse which one scholar described as one of the "most important Public Works of Art projects in Tennessee." For that work, Cornwell chose a scheme of four allegorical figures in heroic poses to represent themes of Agriculture, Industry, Commerce, and Statesmanship -- a consistent artistic theme that carried over into two of his later works located within the John Sevier State Office Building in downtown Nashville.

Known for his extensive research into the history and geography of his subjects, Cornwell took great pains to present his artistic vision of Tennessee's past as historically accurate as possible. The detail found in Cornwell's artwork is striking, right down to the stitches in the clothing painted on the walls of this vast mural. Cornwell's work evokes feelings of power and nostalgia for a patriotic past, something America needed in this particular time of economic uncertainty.

The fact that these two murals face one another seems somewhat ironic considering the personal animosity that existed between Sevier and Jackson. Yet upon reflection, I think Cornwell's positioning of these historic icons accurately portrayed public sentiment toward these two towering figures of the "Volunteer State." The writer E. E. Miller once said of Tennesseans, "We have had no real State hero since the pioneer days. The list began with John Sevier and ended with Andrew Jackson." I think Cornwell would likely agree with Miller's statement and perhaps sought some sort of artistic validation for Miller's words in the creation of this historic mural.

The John Sevier State Office Building stands as a historic reminder of the New Deal era architecture that brought stability to a chaotic world mired in a Great Depression. Sadly, the architectural legacy left behind by this building, and the mural within it, have been long forgotten by those who prefer the modern efficiencies of the twenty-first century workplace. Those of us who appreciate Tennessee's historic buildings, on the other hand, certainly hope and pray that this building, and others like it, survive society's inevitable move toward modernity. 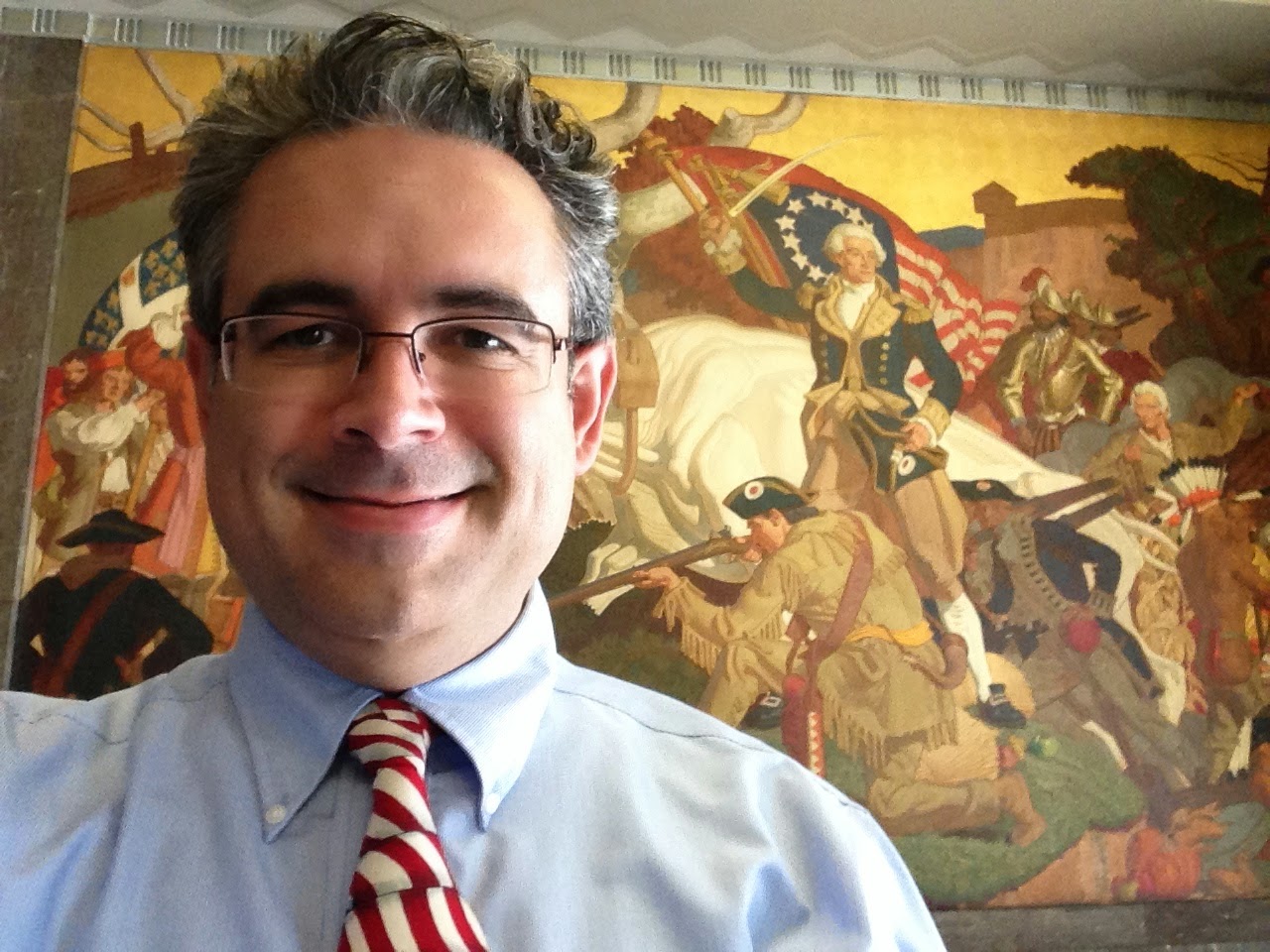 Walt Reed. The Illustrator in America, 1880-1980: A Century of Illustration. New York: Published for the Society of Illustrators by Madison Square Press, 1984, p. 119.

"Dean Cornwell." Retrieved July 12, 2014, from the Tennessee Encyclopedia of History and Culture.